Exploring Paris by bike is even more fun The charm of Paris is fully revealed in summer. Make the most of this beautiful season by exploring Paris by bike. You will take back beautiful memories along with a pair of well-toned calves! The Hotel Daunou Opera also recommends being on the spot to greet the arrival of the Tour de France on July 29th.

Paris has a large network of cycle paths that is constantly expanding and is ideal for exploring the city at your own pace, unless you opt for the ‘guided tour’ with a seasoned guide who will reveal to you all the secrets of the various locations along the way.

If you prefer to do your cycling completely freely, we can recommend some lovely rides from the banks of the Seine. For example, you could set out from the centre of Paris at the Rue Brantôme near the Pompidou Centre towards the Ile de la Cité, the cradle of the old Gallo-Roman city. There stands one of the most beautiful Parisian monuments, the famous Notre Dame Cathedral. A little more pedalling will take you to the Conciergerie and the Palais de Justice, two of the capital’s most illustrious buildings. Your ride then continues along the Seine and passes by the Pont Neuf, Pont des Arts and Pont Alexandre III. By following the new Left Bank promenade, recently adapted for bicycles and pedestrians, you will reach the Eiffel Tower. You can then cross to the Right Bank, where you’ll find the Invalides, the Place de la Concorde and, finally, the Louvre Museum. 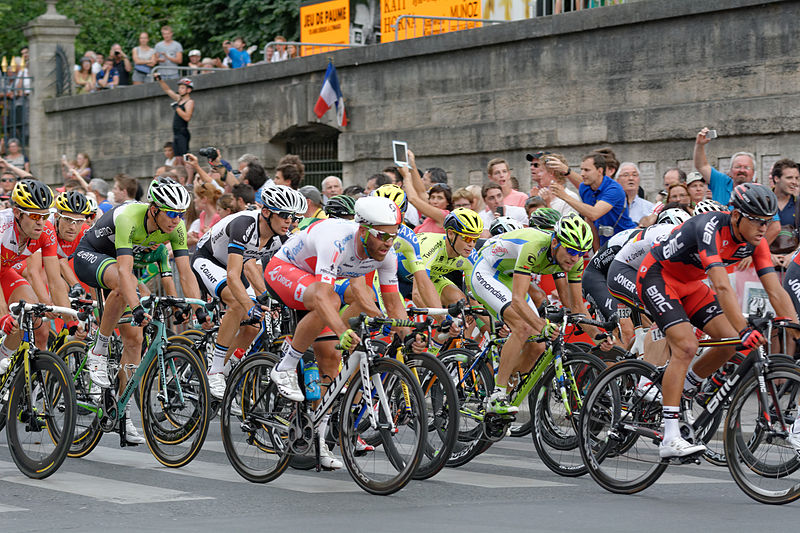 The world’s most famous bicycle race concludes on the Champs-Elysées on July 29th. Britain's Chris Froome is competing for his fifth victory in this notoriously challenging and competitive event. But what about the Breton, Warren Barguil, best climber in 2017? All will be revealed soon...