The Opera Garnier: tours and performances Built in the mid-19th century and today listed as a historic monument, the Opéra Garnier, also known as the Palais Garnier, is a national theatre and possibly the world’s most renowned opera house. This imposing building is located in the 9th arrondissement of Paris, near the Hotel Daunou Opera. The Opera Garnier is open to visits and offers a very rich programme of performances throughout the year.

Discover the secrets of the Opéra Garnier

The Opera Garnier is distinguished by the beauty of its decor. Boasting a ceiling fresco by the Russian-French modernist artist Marc Chagall, extraordinary chandeliers and breathtaking architecture, this building is both baroque and eclectic. But the opulence of the Opéra Garnier hides some intriguing and sizeable areas backstage, where all the behind-the-scenes activities take place. Previously accessible only to performers, technicians and the occasional privileged guest, these intriguing locations are now open to the public. Visit the secret spaces where artists and technicians work in the shadows and learn their secrets. Guided tours take place every day from 10:00 to 16:30, except during afternoon performances and on days when the theatre is closed. 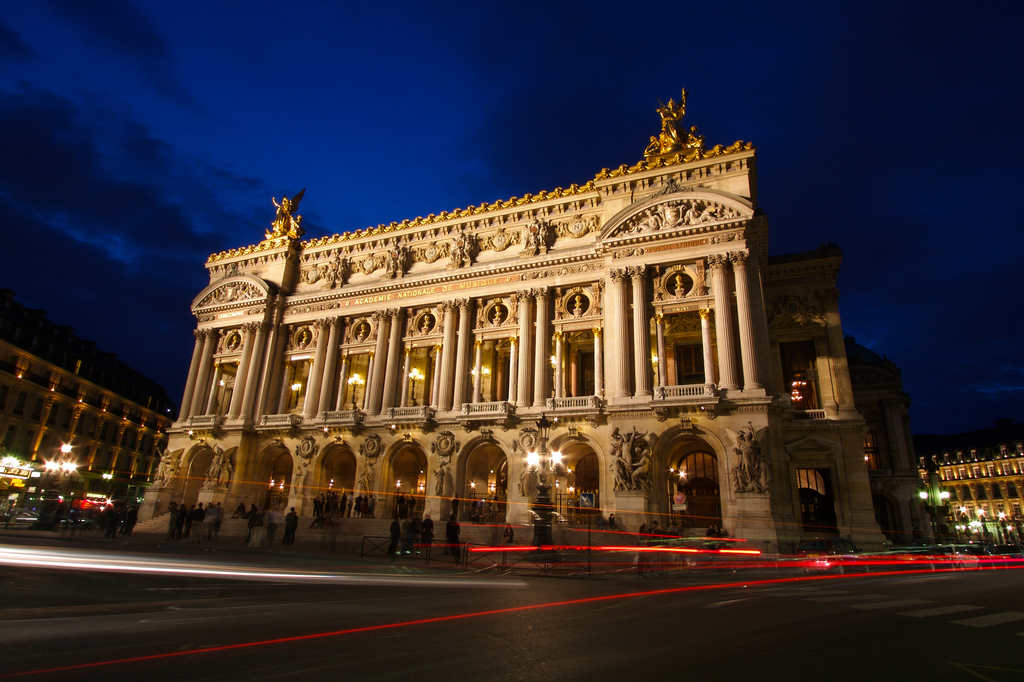 A rich and varied programme at the Opéra Garnier

The schedule of ballets, operas, recitals and performances at the Opera Garnier is always delightfully diverse, and the current season keeps up this fine tradition. From March 17th to April 11th, 2018, you can attend Bluebeard’s Castle, a one-act opera by Béla Bartok, orchestrated by Francis Poulenc. If you prefer ballet, John Cranko's version of Tchaikovsky’s Eugene Onegin can be enjoyed until March 7th. If you’re not visiting Paris until later in the month, don’t worry. You will still be able to attend Christoph Willibald Gluck's Orpheus and Eurydice from March 24th to April 6th, 2018. Finally, don’t miss the centenary performance of Stravinsky’s The Soldier’s Tale, which will take place only on April 1st, 2018, at 12:00.